In the Alpha Trading Office there is a cupboard with a very easy to miss detail. You wouldn't even think about it when playing just the first game on its own. So what about it?

It's already obvious that the detail is in fact the cups that are stored upside down on it.
What's so special about the cups? Actually nothing about themselves, but how they are arranged.
If you were just playing through Shenmue without any knowledge of what's about to happen in the sequel it would indeed never make you think or even look twice. But once you've played through the story of Shenmue II the pattern that the cups are positioned in become instantly recognizable. 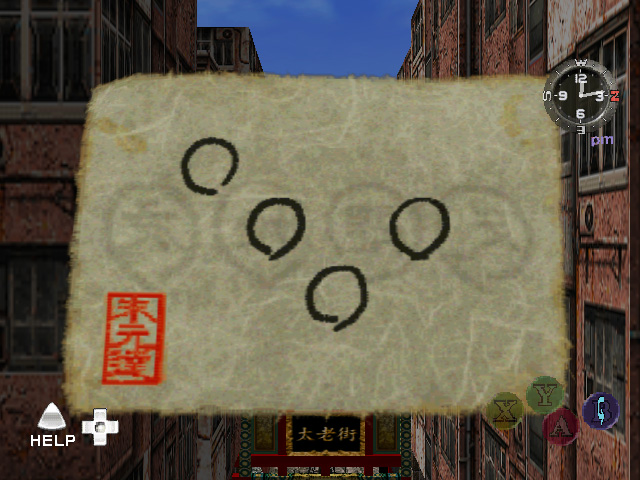 Yes, the Chawan Sign. Arranging four teacups or similar drink containers in a specific layout as a sign to communicate with others, as I'm sure most of you already know.

Given the fact that the developement team started to work on Shenmue II first, going very far with the enviorments and story before eventually putting together the first chapter and revamping just about every asset of the second game this can't just be a random design choice to put the cups in there like they are. This is some truly well hidden easter egg and foreshadowing. For something that was yet to come, by the time of the games release only in years even.
at March 10, 2018