Predictive Explosion is a technique surrounded by myths an theories unlike most other moves. 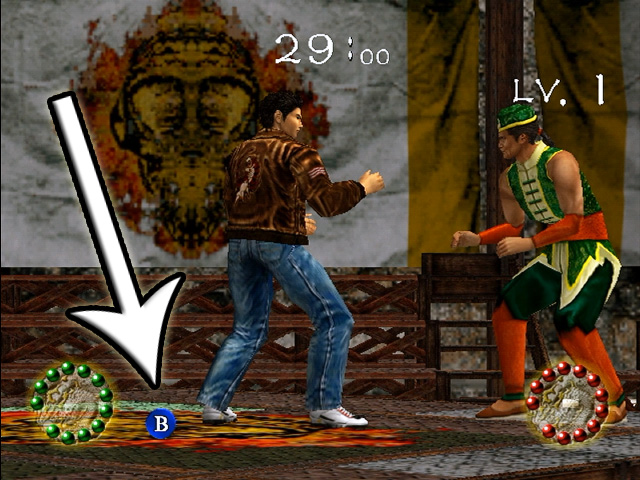 Does it really aid you during the Acrobat Style Street Fight? Or is it nothing more than a myth?

The Predictive Explosion is certainly one of the most interesting moves in Shenmue II, if not the most interesting of them all. It works unlike any other martial arts technique in the game.
It doesn't have a button prompt, it doesn't have any kind of animation and it's possibly in it's own unique catergory, sitting at the very end of the move list, after all the punches, kicks and throws.

Since the move is learnt from a significantly made up lesson by Kai and it doesn't have any relevance in the story (at least until now) it's only natural that people start to think up what it actually does in the game. It seems to have become "common knowledge" that it will help to make the Street Fight against the Arcobat Style master a little easier. Many people say that it is only thanks to the Predictive Explosion that the little B icon appears when it's time to grab the guy.

This seems plausible since the nature of the Predictive Explosion is to read the moves of the opponent without having to rely on seeing them. The battle obviously doesn't happen in the dark but it would still be beneficial for Ryo to use the technique to focus better and find the right time for an opening.

So let's find out if it really does anything during the Street Fight now!


The video speaks for itself. I chose this point in the story as it is right before the meeting with Kai and thus learning the Predicitive Explosion. And just to make everything clear it is also shown that it's not in the moves list. The B button isn't shy to show itself however and appears on screen frequently.

So in short, the Predictive Explosion doesn't have any effect on this battle whatsoever.
You can go there as soon as you are free to explore Kowloon and the B icon will always be there.
The move doesn't make it more frequent nor does it make it easier on the higher levels.
The sad reality is that the Predictive Explosion has absolutely no use at all.
But maybe we'll see it in action again in Shenmue III. Who knows?
at October 25, 2017