The Three Blades Street in the Lucky Charm Qr. has a large selection of Taylors to visit. 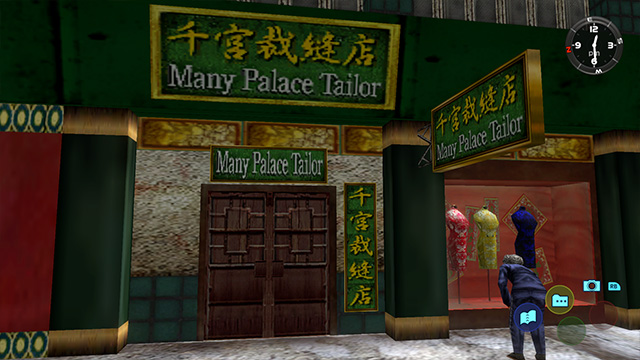 They are either interesting for their place in the story or what familiar NPCs they hold.
This one however, is interesting simply for the name it proudly displays on the storefront.


To me the naming of this store has definately always seemed somewhat... odd.

One would think it should rather say "Many Palaces Taylor" but even that is kind of a strange name and the sign, as it is, has a peculiar aura of Engrish, unlike pretty much any other in the game.
It finally peaked my interest enough to do some research on what could possibly be behind it.

As a disclaimer: I have no actual knowledge of the Chinese language and everything provided herein is just based on rather basic translation work.

In Chinese the sign says Qiān gōng cáiféng diàn (千宮裁縫店) meaning Thousand Palace Taylor Shop.
This shows that the English name used in the game is a pretty direct translation into English, unlike some other shops like the Dou Jiang Diner, which kept part of their original Chinese name. 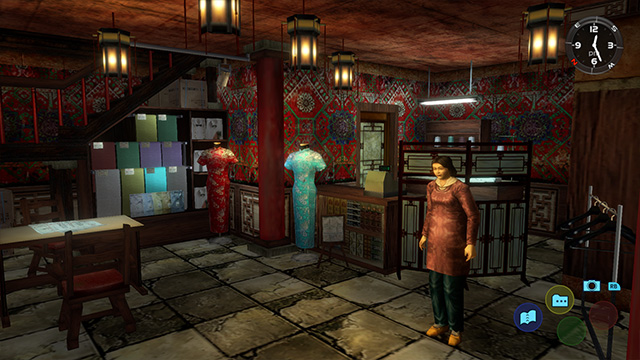 The reason behind this, aswell as the naming of the store itself, can easily be linked to the owner.

The store is run by a 40 year old lady that goes by the name Bao Qiangong.
If you have a keen eye you might have already spotted the similarity to the stores name.
Yes, she simply used her family name as the name for her buisiness, that's it.

It just so happens to be that this very name literaly means Thousand Palace.
I'm not exactly sure where the liberty in the translation to read 千 as Many comes from.
Might be possible that it was changed to sound better or just to fit into the sign more easily or it could just be that this just a different approach of interpretating it as an amount.
My research simply didn't turn up anything on that.

In my opinion it would've been a better decision to just stick with the Chinese and put Qiang Gong Taylor on the storefront. Since there are other stores in the vicinity that are named in a similar fashion, especially the afformentioned Dou Jiang Diner, it wouldn't feel out of place at all.